Last week we experienced a very un-March like weather, meaning beautiful warm sunny days typical to the second half of April. And it was the entire region having such a weather including Washington D C which is famous for the Cherry blossom festival. On Friday evening, we also got word that the cherry blossom blooms would be at their peak on Saturday and we decided that we would make this trip.

Getting to the city on saturday morning was a breeze and after a quick lunch, I started driving towards the main area of attraction which is the Tidal Basin – the crowds we ran into reminded me of the days in Churchgate train station in Mumbai many decades ago and the traffic was no better. It took an hour to find a parking place and walk another 20 minutes to get to the basin which is surrounded by the Cherry Blossom trees which were in full bloom and without a question was a beautiful sight as you can see from a few pictures below.

On one side, you have the Jefferson Memorial and as you see from there you get a view of the federal government buildings, the Washington monument, the mall that is lined with the museums and of course zillions of people milling around enjoying the bllom and the great weather we had on that day. Some pictures in around the memorial. 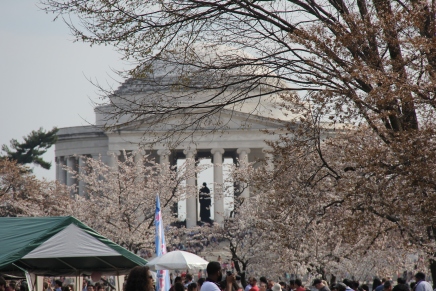 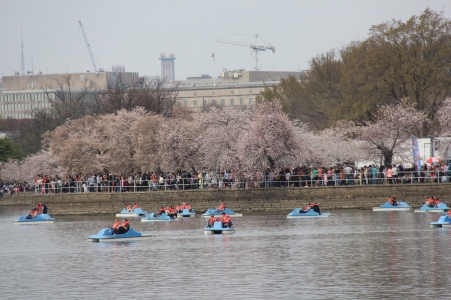 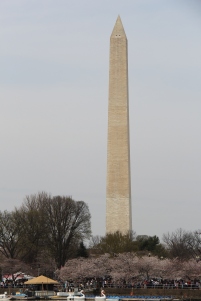 And as we walked around the basic, we got to see the Roosevelt memorial, one that have not had a chance to see before; somehow we missed this one which happens to be slightly off the main path that one takes around the mall. The memorial reminds the viewer of the Great Depression era, the struggles the people went through and the war of course. Some pictures from this area. An interesting one is the bright copper tone of Teddy’s index finger 🙂 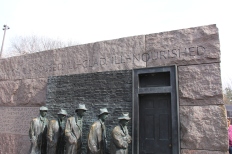 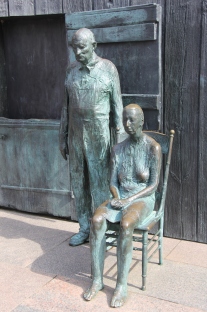 As we walked further round the basin, we got to the Rev. Martin Luther King memorial which is a recent addition. The memorial is quite an interesting one and it took some time to understand the concept (at least in my head which could be completely wrong). The quote “Out of the mountain of despair a stone of hope’, leads me to believe the hope is the middle piece with Dr. King carved on it, moved out of the mountain of despair – I am yet to confirm my interpretation!! 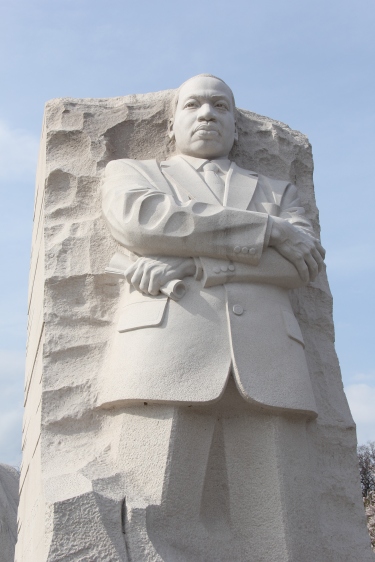 Needless to say, my wife and I enjoyed the views and sights, weather and the awakening of the plants that will turn this barren and leafless landscape into myriad of colors and hues from the flowers, the pollen and allergies that goes with it!! Here are some random shots from our walk around that includes mug shots of us too 🙂 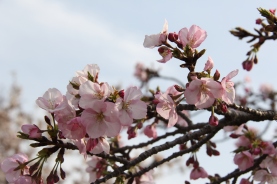 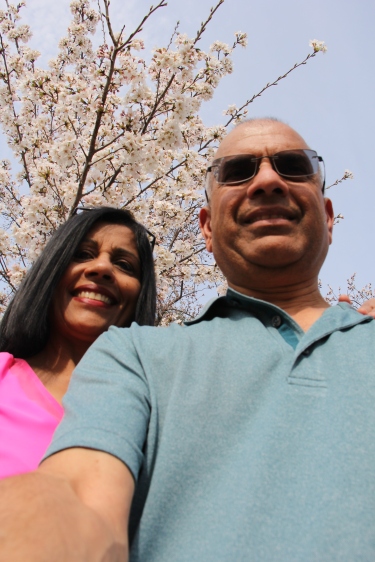 The selfie was taken with my SLR camera and not a phone !! No selfie stick for me 😉

I have often wondered why I have not gotten around to MLV for so long; that i had to go through the recordings which had a lot of duplications and variations quality meant that there was a lot of work before I could publish them. And also the fact that there were quite a few recordings !!

There are some more to go thru, but I felt it was time to publish them.

I should warn you that the recordings are not uniformly consistent in recording quality, neverthless the music is unquestionably of high quality with some of them simply out of the world.

Added a bunch of recordings of K V Narayanaswamy. I have added a heading to indicate the location of the new additions.

I have been spending a good amount of time digitizing some of my tapes and also organizing/cleaning/consolidating my recordings with the intent of adding them to this blog. Since I am able to do this only over the weekends, it has been a slow process but I am listening to a lot of music however of the artist for long periods of time (days and weeks)!!

As a result some rambling of sorts – please bear with me or ignore the rest of the post.

Though it is common knowledge and perhaps in the sub-concious of most music lovers, musicians have a set of compositions and ragams that they pick from in their concerts; in listening and digitizing my recordings, it was striking to see this pattern so clearly and also that this set changes over time. I wouldn’t call it cyclical but more like new ones replacing some, but some staying put. It is clear that they are ensuring that they render the items that they have polished over years and are favorites of the listeners. One cannot ignore the fact that as humans we gravitate towards and favor the known and beaten path and rarely deviate much. And that reflects in our listening habits for sure – definitely for me.

I have read and heard people complaining about musicians visiting the USA, that they tend to sing the same set of compositions as they perform in various cities. From the musicians perspective they are looking to making each concert and the visit a success plus catering the requests from the audience at each venue – so they have every reason to work with what they believe is the collection that they excel at.

In this regard, let us look at how they western classical orchestras perform when they on a tour. For starters they don’t pack their scehdule with 25 concerts in a 2 month period, but work with no more than 2 concerts per week and that too spread it over the week rather than just the weekend. And almost always the program is exactly the same in all the venues – may be some smaller items would be rotated, but the major pieces are all the same. Do people complain? No. The simple reason being that everyone involved wants the best of the performing and listening experience. Also the fact that the audience is difference in every venue and people are not poring over the reviews and complaining that ‘hey they performed the exact thing here – why the same there too?’.

Going back to the point about people favoring the known, acceptance of new ideas, new ragas, new styles etc have all faced the same resistance – now people go gaga over the likes of Balamurali Krishna, M D Ramanathan, S Balachandar, M S Gopalakrishnan etc, it took a long time for them to be considered the norm – i may be ruffling feathers here, but that is my view. Kunnakudi by all means with fantastic virtuosity even today remains an outsider to so that called the core CM music lover, which is a sad state of affairs; has anyone thought about how he was able to connect with audience (large ones too) and get a much wider group of people to enjoy the exclusive CM music.

So, I do get ticked of when I read reviews by people whining about musicians repeating items, being different from their gurus, not being a copycat of their gurus (parents in some cases) etc.

End of rambling for now 🙂